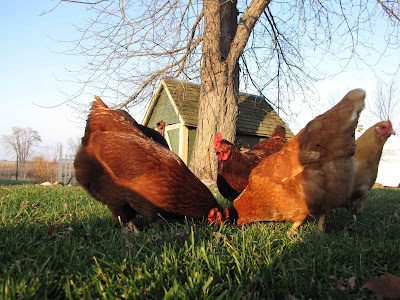 Since I'm Cameraless in Indiana, I thought I'd post some chicken photos that I took last fall and never managed to post. 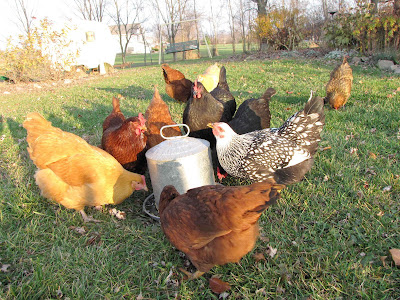 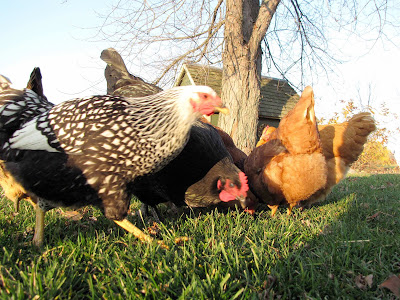 Aren't chickens the most beautiful things? 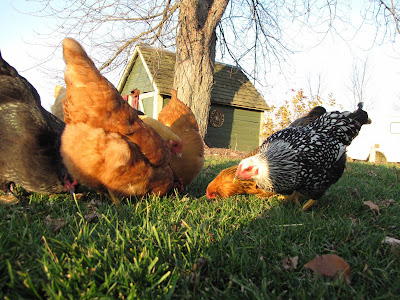 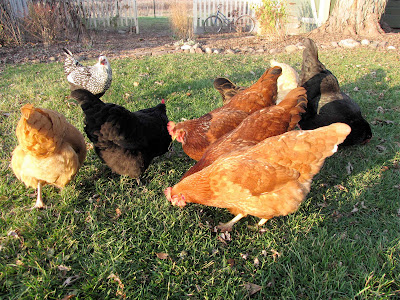 I don't know that there will be a day in the rest of my life that I won't have chickens. They are so entertaining. There's just something about them that relaxes me, grounds me and makes me feel that everything is going to be ok. They are cheaper than psychiatrists and Zoloft. I can tell them my darkest secrets and they just cluck away, and I realize, in the grand scheme of things, my problems aren't so big. 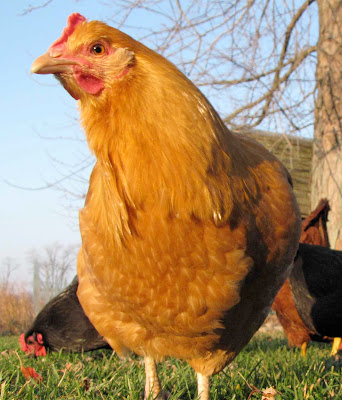 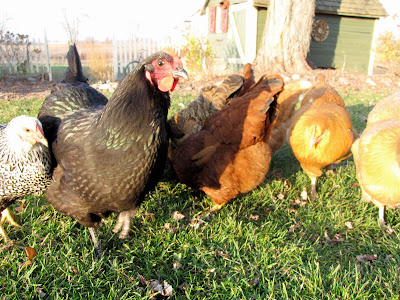 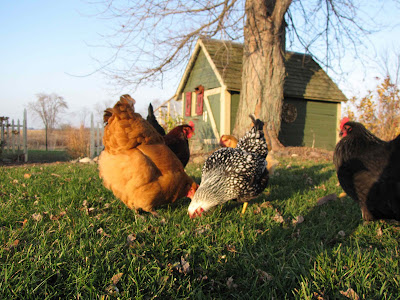 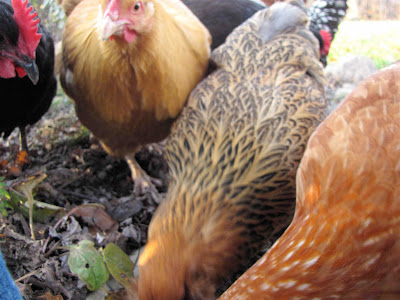 Just the other night I was talking to Glenco...and I said....'whatta ya think about selling this place and living on the road in the Squirrel...we can just go State Park to State Park and follow the weather. We can go to Canada!" I was willing to give up the garden, the crazy cooking, even my new loom. I was feeling excited about the prospect. Then he said 'You'd have to give up the chickens'. "Ah forget it" I said as I rolled over and went to sleep. Not happenin'. 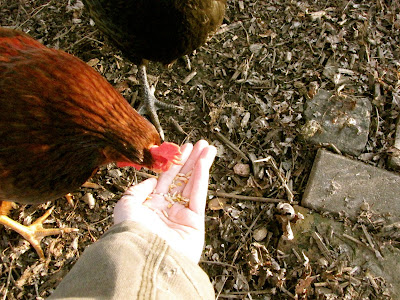 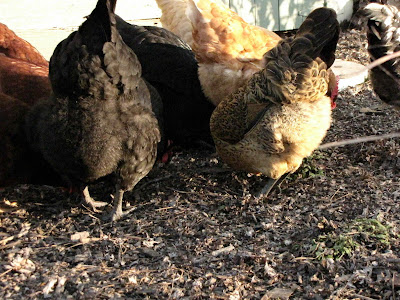 I love their fluffy butts...if you aren't careful that is all you will end up with....588 pictures of fluffy chicken derrieres, trust me, I have about that many. 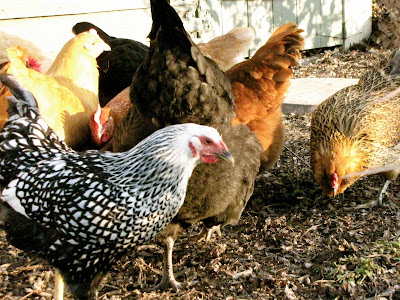 You'll be happy to know that Helen is well, and is happily living back in the chicken coop. She was one happy hen when we put her back. I was a little offended....I mean, hello.....Helen? The diaper? The cornbread? The bath and blow dry? You prefer a dirt floor to that?
Thanks Helen.
Posted by Jayme Goffin, The Coop Keeper at 7:45 AM

Email ThisBlogThis!Share to TwitterShare to FacebookShare to Pinterest
Labels: My Fabulous Chickens