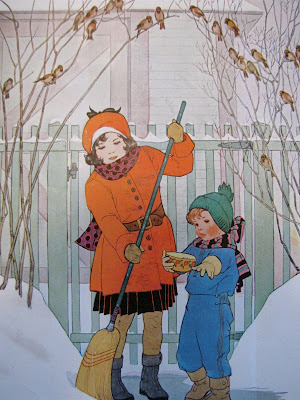 Isn't that a beautiful photo? It's the cover of the 1932 January issue of Woman's World.
When I was living in Chicago many moons ago, I happened upon a dumpster in front of someone's house.
Lucille Berg was her name, I deduced from what I found in the dumpster.
I found so many treasures.
A stack, and I do mean stack of vintage Woman's World and Good Housekeeping magazines were just the beginning.
I've only kept a few, selling most of them on eBay a few years ago.
I'm kinda kicking myself now, but I did what I thought was best then.
I was de-cluttering. Argh.
I saved my favorite covers from each season, and plan on framing them to represent the four seasons. I know! Cute idea, isn't it?

The magazines are a source of inspiration, wisdom and a bit of comedy, although I don't think they intended it to be funny.
The latest fashions: 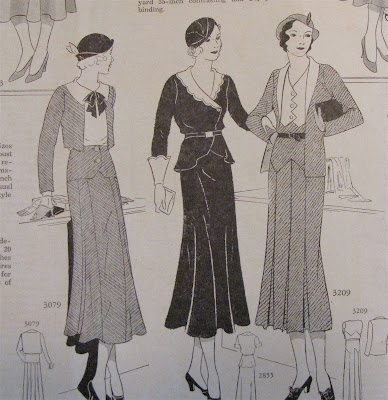 Did you know this is how you were supposed to be dressed when you scour your tub?
I didn't know. 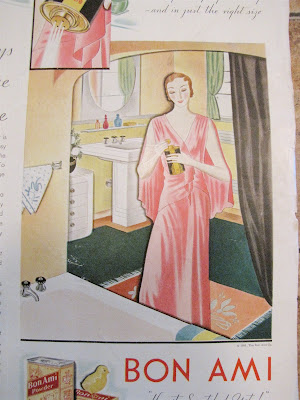 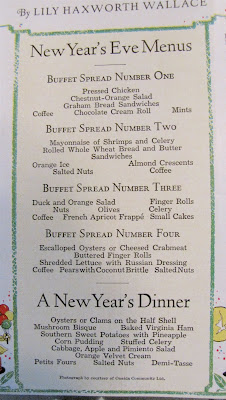 I'm positively charmed by the thought of animals acting like humans.
It's a bit creepy, but I love it. 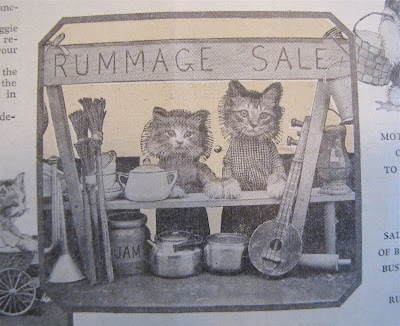 A kitty rolling dough.
I can't bear it. 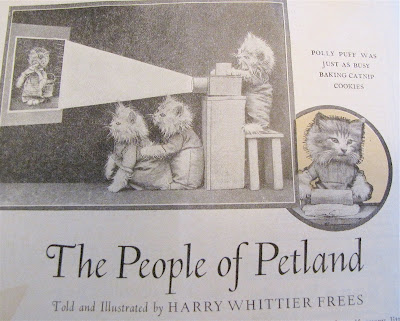 What a timely an informative article! 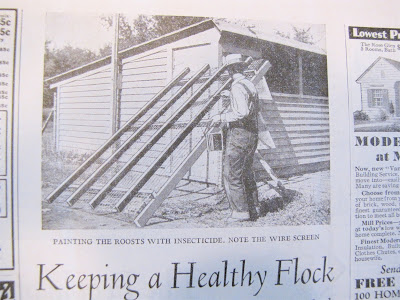 And now, what's you've all been waiting for -
how to really please a man - 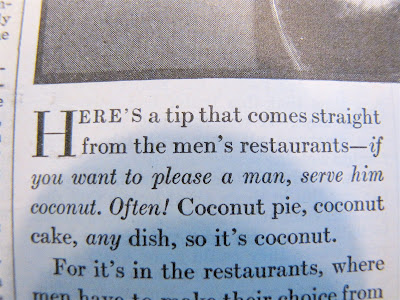 Coconut. Who knew it was so easy? 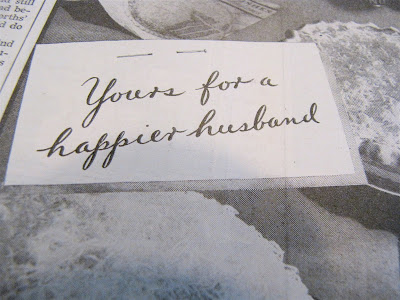 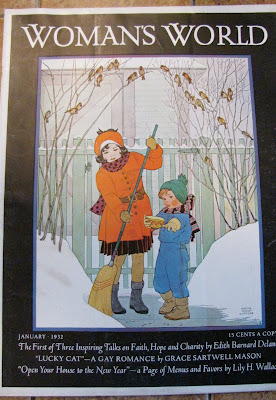 Posted by Jayme Goffin, The Coop Keeper at 11:50 AM