A Typical Morning in the Hood 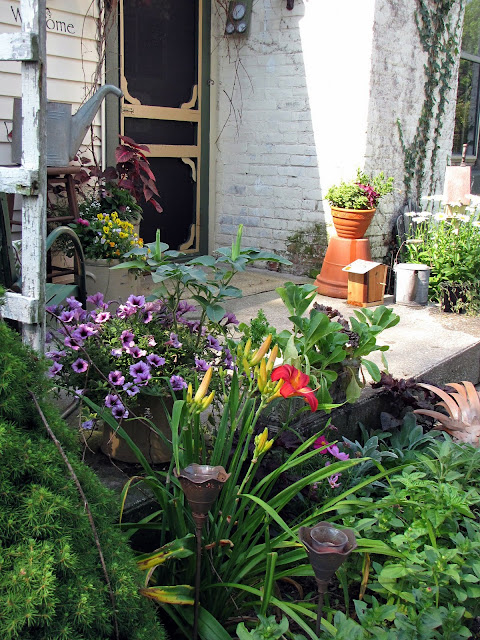 I awoke this morning after a restless night's sleep remembering the dream I had.
I dreamt that my 'first boyfriend' from 1977 was selling Krispy Kreme donuts for $29.99 a dozen and I bought some.

Well, cause it was my first boyfriend selling them.

When I got them, they were freeze dried and needed to be re-hydrated before you could eat them.
I wasn't too happy about it then. 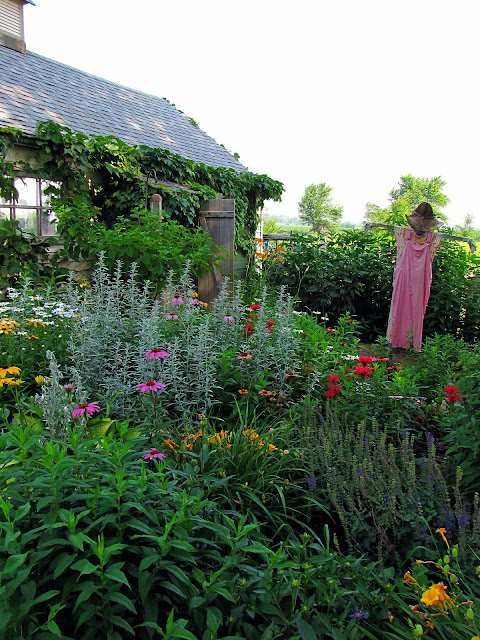 I planned on getting a few good early morning garden shots for y'all, but the time I was properly caffeinated, the sun was a bit too hot on the flowers already.

I like to call they way I garden 'Square Inch Gardening'.  I strive to have every flipping square inch of the beds filled.  No need for mulch, very little weeding!
I've barely lifted a finger in the garden this year, and it's not too shabby if I say so m'self.

A year ago today was the garden walk.
Remember that?
Law.
I am glad I can only be on it once every five years.
It's stressful.

This morning when I let the chickens out it reminded me of a scene from this movie: 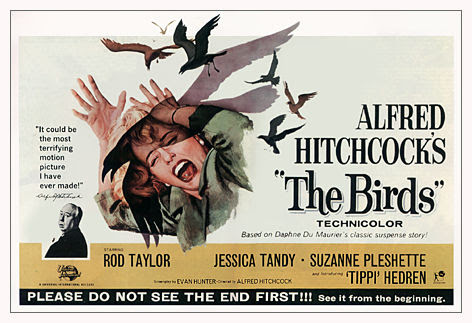 It's especially creepy since I have been told I look like Tippi Hedren when my hair is up.
I'm not sure what was up with the banties this morning, but they busted out of the chicken coop like bats outta hell.

Two of them ended up on the garage roof, and then - just their luck, they flew into the wrong neighborhood.

I haven't told you about the wrong neighborhood here have I?
Oh - it's the wrong side of the coop - that's for sure.
You wouldn't want to go there alone - or at night. 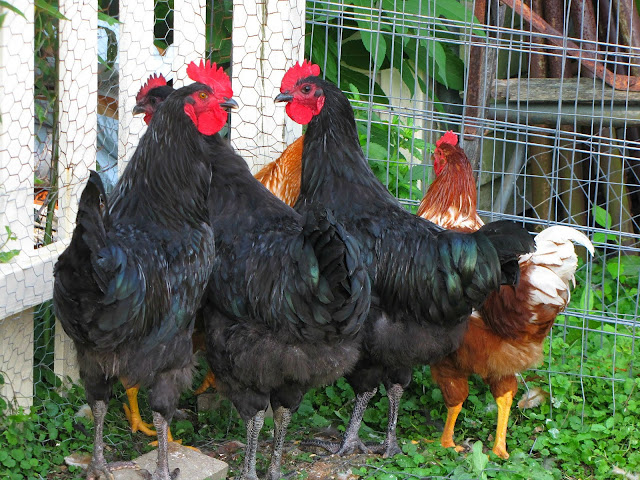 Out of the six straight run chicks I got this year - four are roosters.
Three of them being Black Giants.
They will strike fear in the heart of the faint.
If it not for the caffeine this morning, I do fear that the banties would have been victim's of a rural crime.
They are lucky I was there to intervene.
It's getting bad around these parts.
Chicken sponsors are still desperately needed to rehabilitate this birds.
You think I jest.

My all time favorite banty hen, Phyllis, has been missing a few days.

I started fearing she may have tempted fate and gone to the wrong side of the coop. 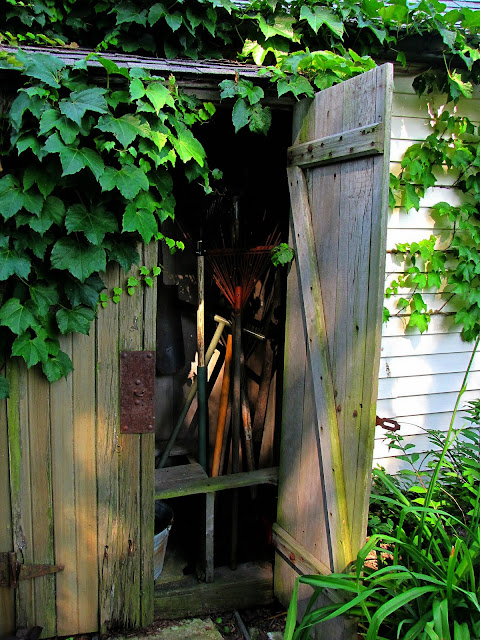 Since Janie Fox is on her way to the Coop - I thought I oughta dead head the daylilies, and when I went to get my bucket - lo and behold - look what I found - 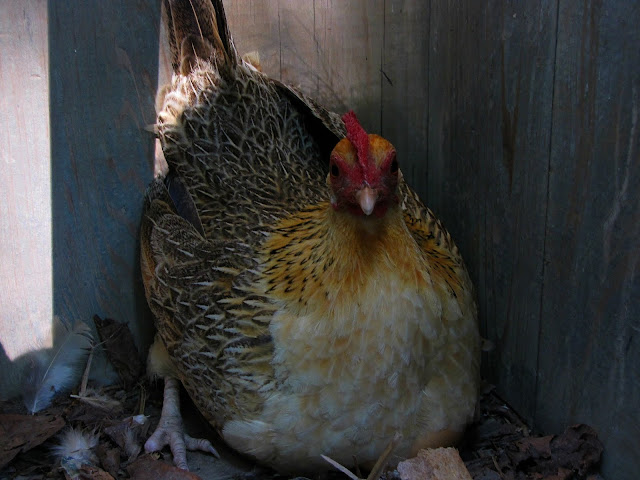 I do declare, she is the broodiest bird in the history of birds.
She's one determined little bugger.
She was sitting on 10 of her little eggs that I know are unfertilized.
Going against what little instincts of 'right' I have, I replaced her 10 eggs with three big ole eggs that have a really good chance of being fertilized.
I can't stand to think of her sitting in that shed alone for naught.
I know I'll regret this, but for now, I feel happy, knowing her dream of being a mom will come to fruition some time in August.

Unless - they catch wind of it. 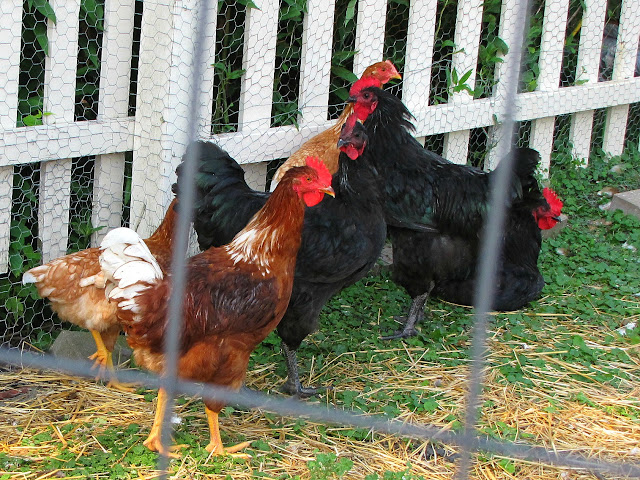 Please wish Janie luck in staying here.
She's staying in the camper.
It's 90 degrees out as I type this.
I have six roosters that start crowing at 4am.
I'm making her walk six miles on Monday.
I'm not giving her any wheat.

Posted by Jayme Goffin, The Coop Keeper at 12:01 PM

Email ThisBlogThis!Share to TwitterShare to FacebookShare to Pinterest
Labels: Confessions and Musings, Gardening with the Coop Keeper, My Fabulous Chickens