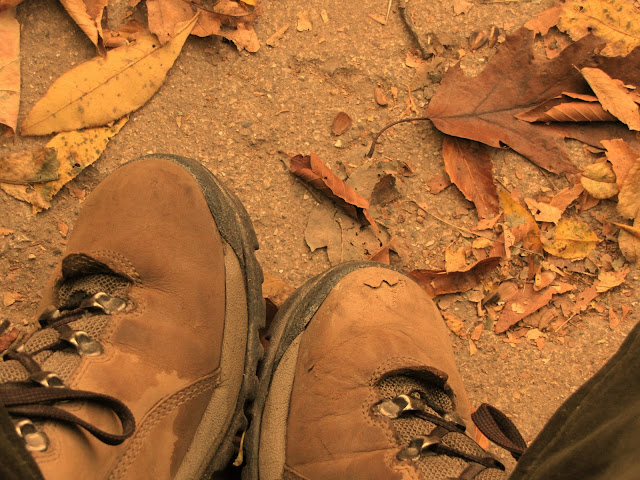 Finally.
Finally I have rested me olde bones long enough to sit and do a blog post.
I'm in Missouri now, and getting ready to go to the apple orchard and on a very rugged hiking trail.
My cousin, a body builder - worked me out so hard yesterday, I fear I may need to be carried everywhere today.
Why did he think I could bench press 60lbs?
Why??
Where to begin? 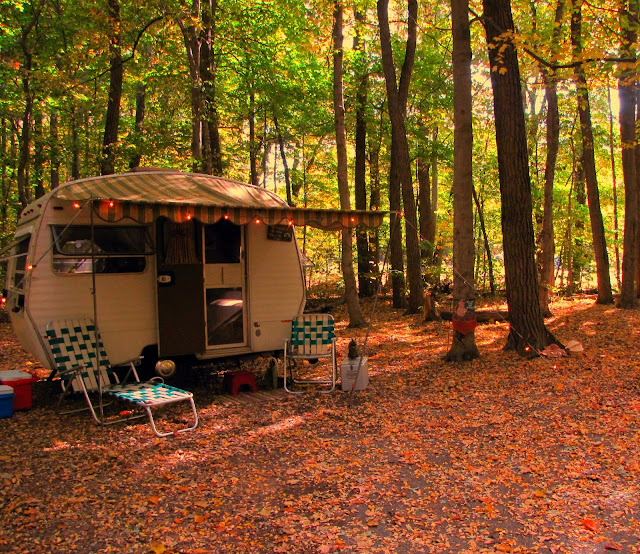 My solo Flying Squirrel mission went off without a hitch - well, thankfully it WAS hitched, and remained hitched the entire way there and back.  I did have visions of pulling into Turkey Run State Park and realizing the Squirrel wasn't with me.
I was able to set the Squirrel up single-handed, and sister - I gotta tell you - it makes me feel empowered and free!
Imagine the places I can go now! 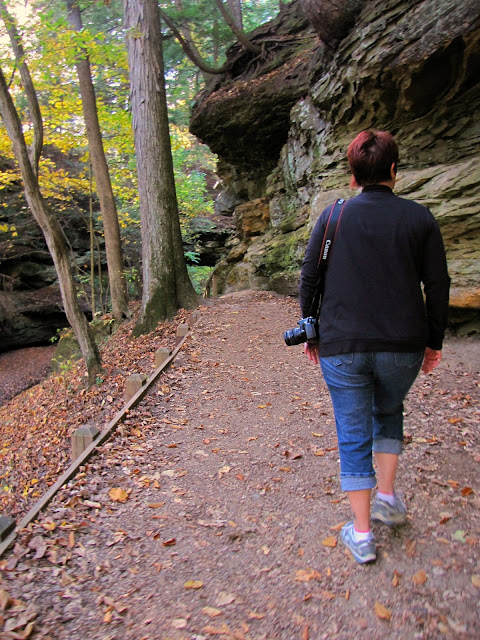 It was SO good to see Janie again.
I feel a bit disappointed to tell you that we didn't do too much tomfoolery, and there wasn't an abundance of shenanigans.
Although, we did end up in the slammer temporarily - 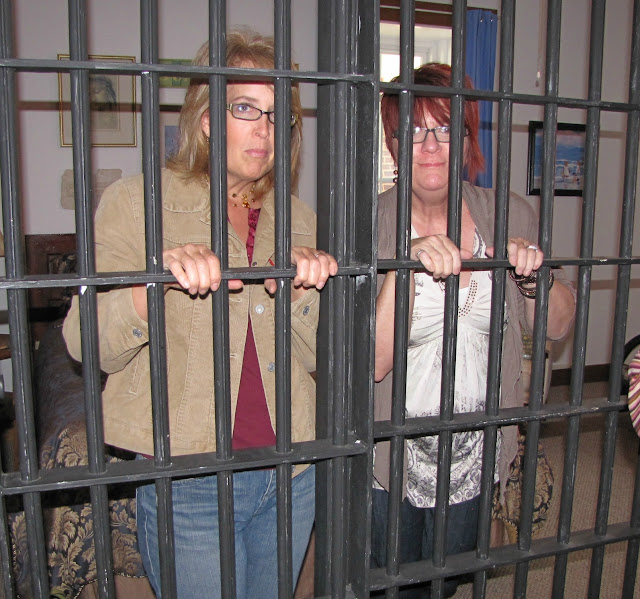 The charges?
Being boring!
We were so dadgumed relaxed and laid back the entire time.
One meal bled into another -
We slept late, ate late, did dishes in slow motion - 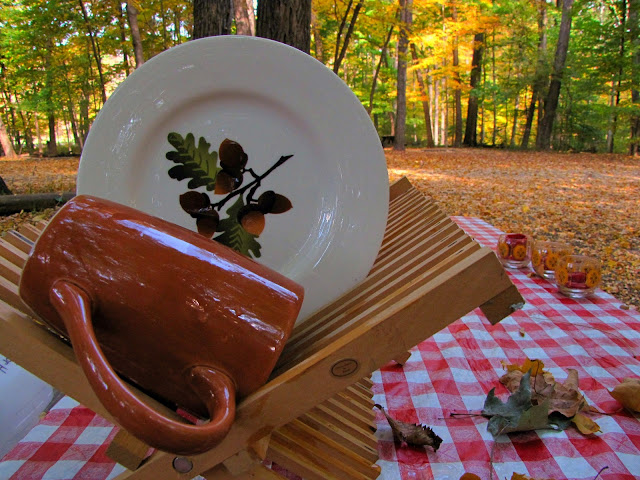 I even showered once, which is unheard of when I camp.
I don't mind being cold -
or naked -
or wet -
I can even tolerate two at the same time - but I refuse to experience all three simultaneously!
Janie found out first hand how 'active' I am at night.
I have no recollection of patting her head and kissing her on the forehead.
I suppose she should consider herself lucky that's all I did!
Two nights ago Glen said I stood up out of the bed, grabbed the cat and started shaking it, asking in desperation 'What is this??' - 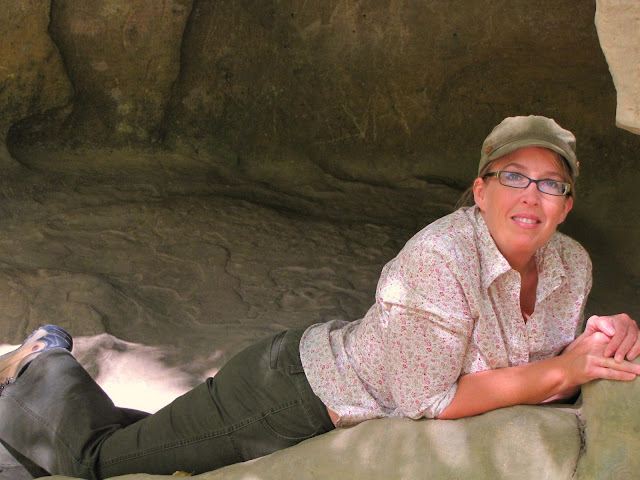 We thought we'd take 'Senior Pictures' since we are almost seniors. 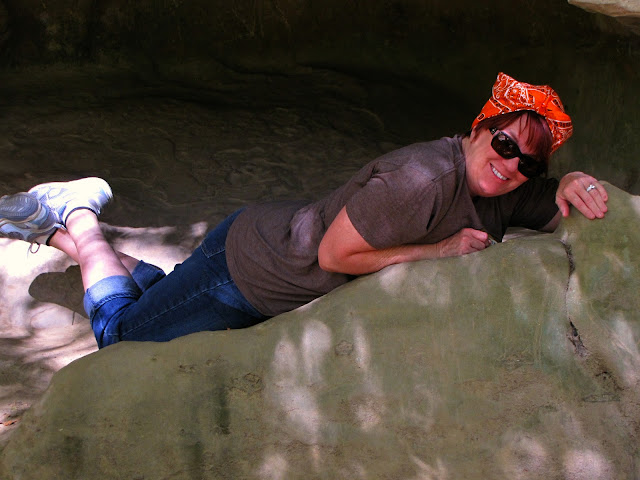 I find Janie absolutely adorable.
She's also generous and one of the most sincere people I've met.
She's also a little inexperienced in camping - she showered everyday and wore too much bling... 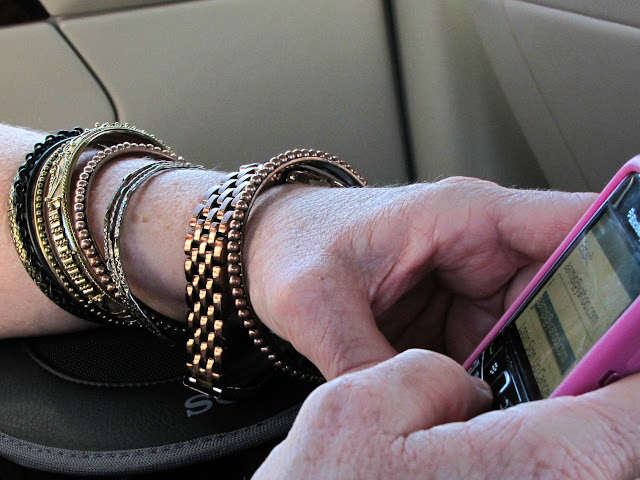 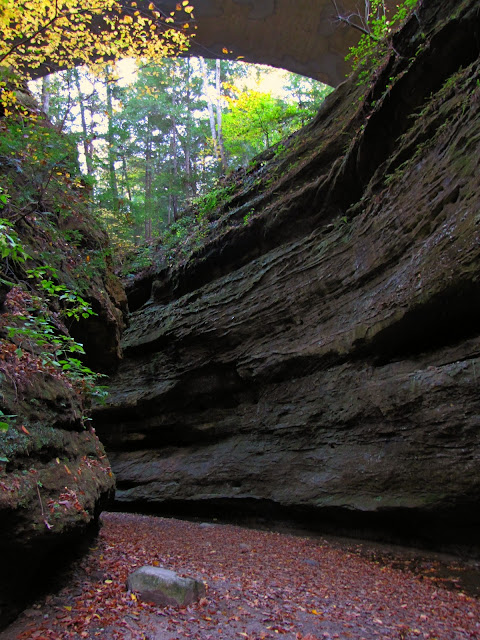 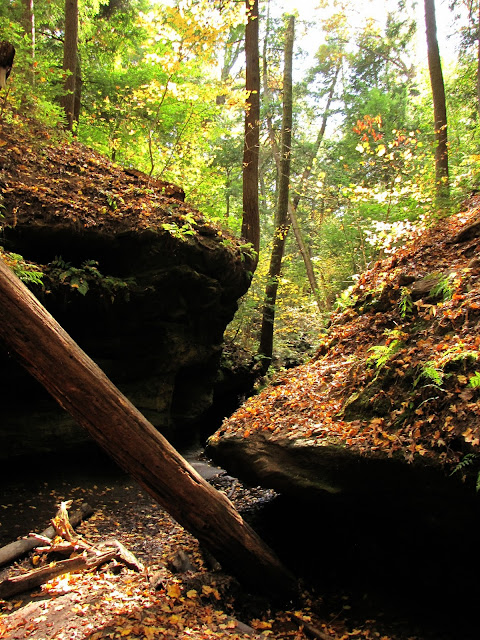 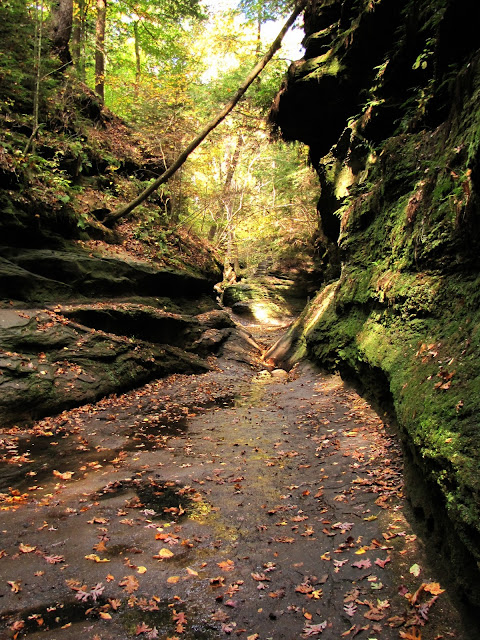 Turkey Run State Park is a sight to behold. 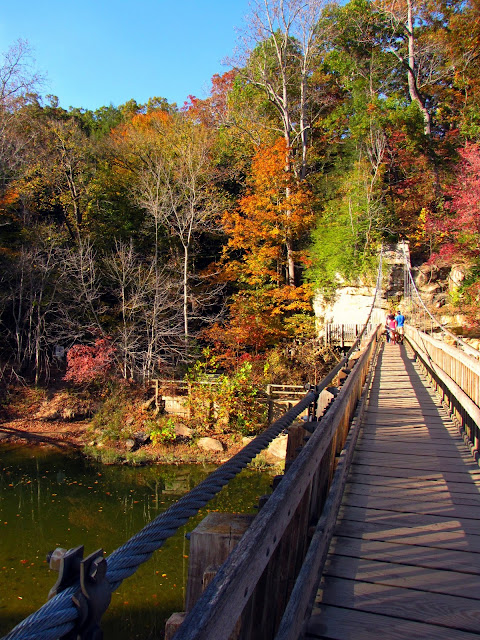 I need to recant my 'I hate camping' statement, made in July of 2010.
I heart camping.
I do.
In October.
And you know what else I love?
My blog readers.
Seriously, you are some of the greatest people - eva!
Meet Kim (to the left of me), and Lisa (to the right).
Kim just came to protect Lisa, and knew nothing of me -
Lisa - knew all about me.
Uh oh. 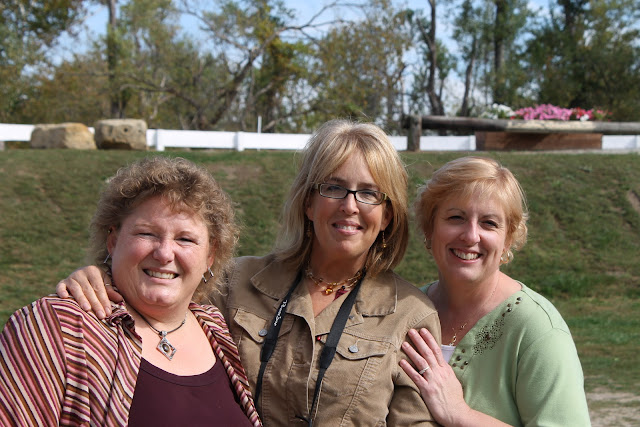 ﻿
These gals were SO much fun.
Do you know they both left their day jobs early to take me and Ms. Fox out to lunch and gave us a tour of the area?
I mean - who does that?
I felt like a celebrity!
Strangers, that you meet on the Internet.
Genuine sweethearts, these too.
Thank you so much Lisa and Kim!
So great meeting the both of you!
All in all, that few days away meant so much to me.
I was relaxed so much it was ridiculous.
I was empowered by pulling and setting up the Squirrel solo.
My friendship with Janie deepened, and I met two new friends.
I ate clean and came home 2lbs lighter.
Seriously - my list of blessings is getting so long, I've lost count. 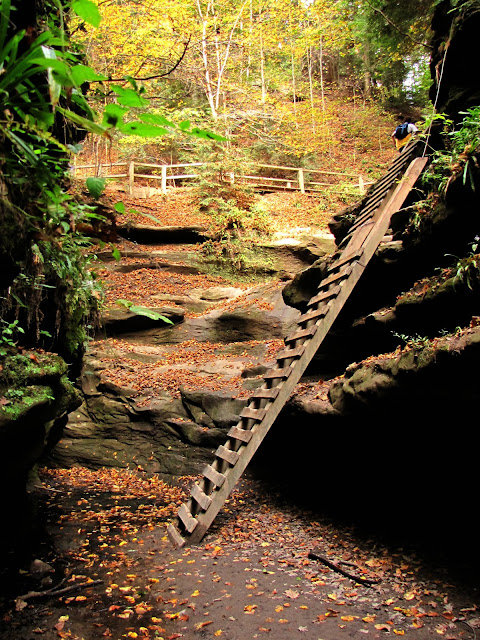 Posted by Jayme Goffin, The Coop Keeper at 10:00 AM

Email ThisBlogThis!Share to TwitterShare to FacebookShare to Pinterest
Labels: Confessions and Musings, On the Road with the Coop Keeper