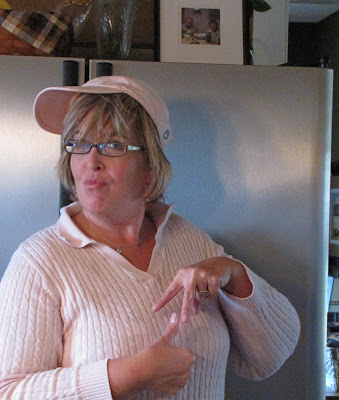 Alright peeps...I've been lost in a flurry of flour lately....and preparing for this gal's visit.
Met her through blogging, and she's coming up to spend the weekend with me, as we embark on a road trip to the Columbus National Poultry Show in Ohio.
7000 chickens, geese, ducks, turkeys and God only knows what else up in one room.
Law.  I can't imagine the noise!  The stench!  The sheer joy!
I've promised her it wouldn't be a hell run...
Did you know my nickname is Pie?
Glen's been calling me that for 27 years now.
I'm not quite sure, but I think I've perfected pie crust.
I need a badge.
Pie crust to my liking anyway....
I was hoping to get a few of you to try it, and let me know the results you've had.
Real women roll dough.
That's all I'm sayin'. 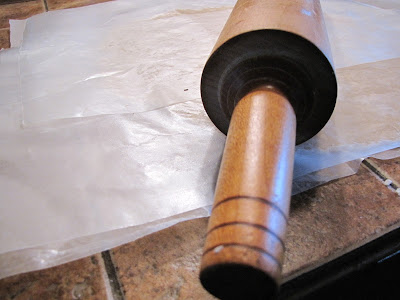 You'll need four sheets of waxed paper.
This is a very unconventional recipe.
3 3/4 cups flour
7/8 cups peanut oil (I haven't tried substituting corn oil yet, but plan to try)
3/4 cup half and half
1/4 cup sugar
generous pinch of salt
In a smallish bowl, mix flour, sugar, and salt.
Pour peanut oil over it, then the half and half.
Barely mixing it with a spoon, folding it over on itself, just until it will hold together.
Plop it onto the wax paper, shape in a ball (gingerly) and cut in half.
Put one half in the fridge whilst you work on this half. 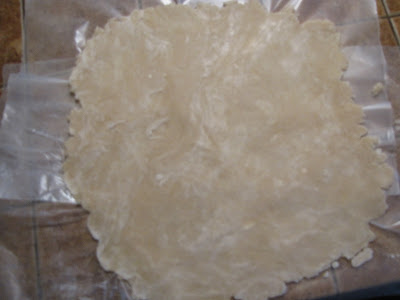 You are going to gently roll your dough inbetween the waxed paper, two sheets on the bottom, staggered, two on the top staggered.  (I'm just realizing I really didn't take enough photos!)
Notice the marbling in the crust?  You want to see that. 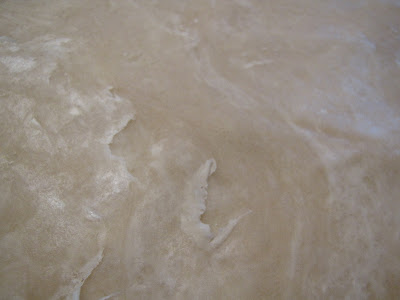 I like to roll the crust up on the rolling pin, carefully peeling off the waxed paper. 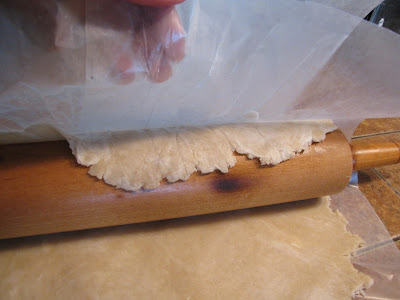 It's easy then to lift the pie crust and lay it over the pie pan. 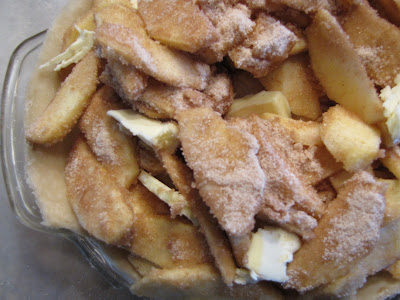 Fill your pie as desired.....
Then top it, repeating the steps you followed for the bottom crust.
This is by far the flakiest, tastiest pie crust I've ever made, and easy.
I've tried Pioneer Woman's crust.  It was easy to work with - but the flavor was lacking.
I've tried an all butter crust.  I cursed twice making it.  Very difficult.
I've tried recipes with eggs, vinegar, etc....
This is by far my favorite! 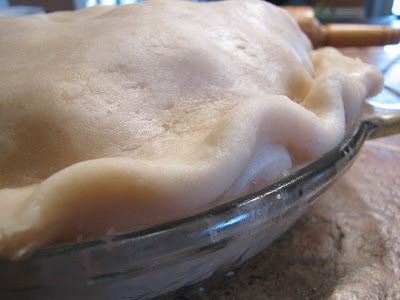 Now, let's talk about flutin', cause a pie has got to look as good as it tastes. 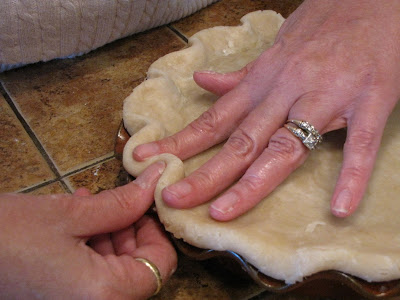 This be how I do it.﻿
I hereby declare this the official pie gang symbol, and pink the color.
Word. 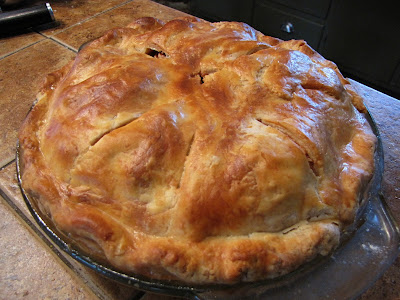 Isn't she a beauty?
This one's apple.
I baked it a few days ago.
I beseech thee to bake a pie.
I admonish you to roll crust.
I beg you to try this crust recipe.
Pie making is quickly becoming a lost art....
say it ain't so.
Today I baked a sour cherry pie, and don't you know - an old friend stopped by - the scent must have wafted out the house and drawn her in.....
Posted by Jayme Goffin, The Coop Keeper at 3:30 PM

Email ThisBlogThis!Share to TwitterShare to FacebookShare to Pinterest
Labels: Fake Accent Lady, In the Kitchen with the Coop Keeper