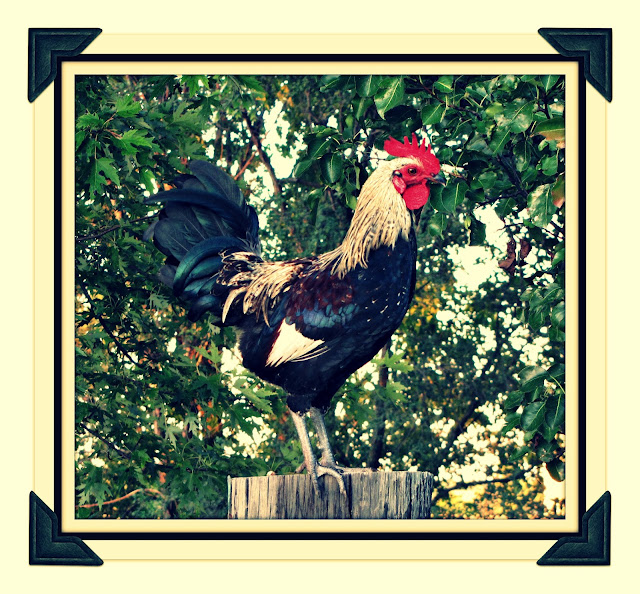 Phyllis finally got herself a man.
Isn't he a beauty?
He's supposed to be a banty, but he's almost mid size - smaller than the big birds, bigger than the banties.  I haven't done any Googling to find out about this guy - I just know I love him - and it makes me happy to see my banty hens in the company of a gentleman.  And he is a gentleman.
I like that in a rooster.
He isn't named yet -
Remember Clarence?  Well - he went to the sale barn y'all - that bird was mean as a snake.
There's so much I haven't told you.
Remember the whole meat bird thing?
Golly - this could take a while to explain.
OK - the Cornish Cross chicken - the one we all grill, fry, roast and eat everyday - well - it's a hybrid bird bred to be market ready in six weeks.  In fact - if they aren't butchered in six weeks - well - they start to drop dead from heart attacks, they can't walk because their legs can't support them - all sorts of awfulness.
I was going to post a picture here on the blog - but many of you read this first thing in the morning, and I just didn't want to ruin your day.  I'm sure you can find a photo online if you are curious.
I didn't want that - I wanted to raise meat the way our grandparents would have raised meat.
I think what they did was just cull out the old birds - well - that's not happenin' here - so I have to raise them from babies for the sole purpose of meat.
That's what I did.
I went to ye olde feed store this Spring and picked up 18 straight run (a straight run is unsexed birds - meaning - they haven't sexed the birds knowing which are hens or which are roosters) mixed breed birds. 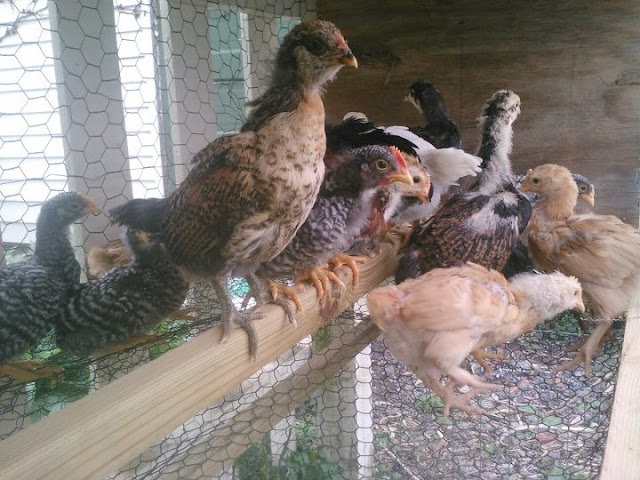 I did not name these birds, I did not 'watch' these birds.  I fed and watered them.
They were spectacular birds - gorgeous, proud, cocky, strong -
I found myself calling them "baby" and "honey" when I would go out to feed them -
"Here you go baby...."
Then I'd scold myself - "no, no!  They are not baby and honey!  They are dinner!"
Every time I went to the feed store to get my feed, the guy there asked me how they were doing, and kept telling me how I should have got the Cornish Cross.
Then I would explain to him how I wanted a more natural 'heritage' chicken - and he would say - "you eat seedless watermelons, don't you?  They are hybrid!"

Well played Feed Store Man, well played.
I kept hoping that a few of these would be hens, and I would keep them - but don't ya know that every ding danged one of these were roosters.
To say that my yard was noisy was an understatement.
For those of you that don't know - roosters crow ALL THE TIME.  It's not just a time or two in the morning - oh no, they crow all the live long day, and well up til dark - so imagine 18 of them up in your yard.  I'm surprised the neighbors didn't complain.
Then - the fighting started - for about a week it was madness - all I did was break up cock fights, which was futile - because they started up again as soon as I broke them up.
I would check the birds for weight every week - they were beautiful - feathered out - large - but there was no meat on the danged things!
I made a decision to take all but two to the sale barn and sell them - I didn't think that they would be worth the money to butcher them - and they were getting really expensive to feed - seriously - I think I had like $20 into each bird at this point! 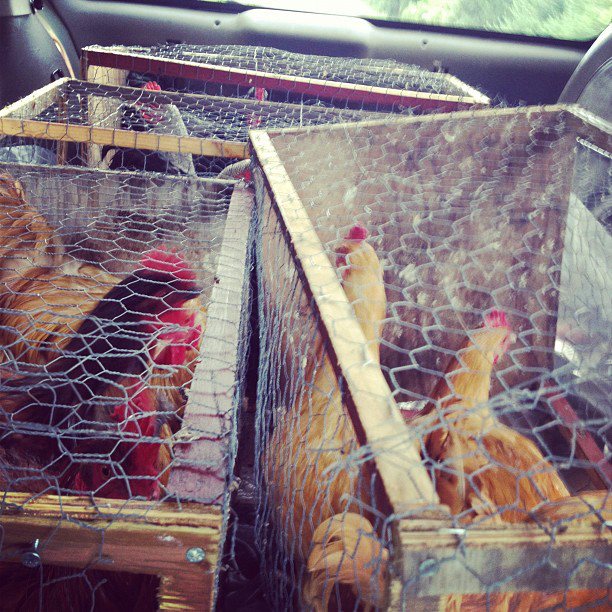 Glenco cobbled up some cages and off Aaron and I went to the sale barn.
Lord have mercy on my soul did it smell on the way there - we had the window open and we were hanging out of them - 'breathe out of your mouth!' I kept saying...
Mercy.
I got $8 for each rooster, and I learned a lot through the process - so, although I still consider it a failed experiment, it wasn't an epic fail.
The two that were left?  Well, they were the meanest ones...the ones that stirred up all the trouble - the ones that came out of the roost box ready to rumble. 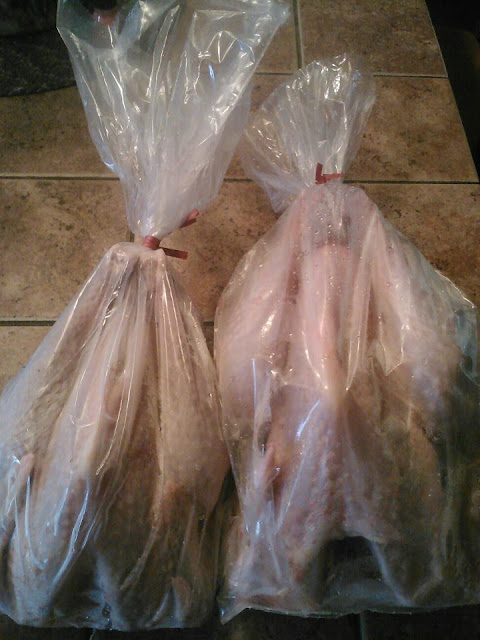 Truthfully, it kind of freaked me out - I wasn't sure I could deal with this - I mean - I saw these birds, I looked into their eyes, I saw their poop.
The way these birds screamed when I caught them to take to the butcher - I shan't forget anytime soon.
Rather haunting.
I knew if I didn't cook them, Glenco would - well, let's say this in a way that doesn't make him sound mean, cause he's not - he'd flip out. 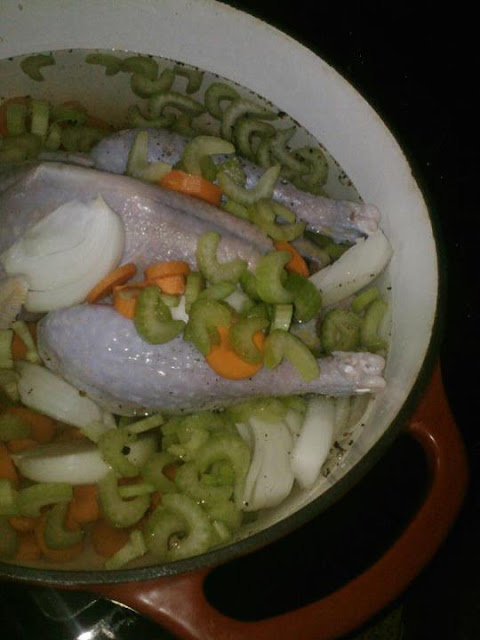 There really wasn't much meat on the bird at all - the legs were pretty meaty, but just a few bites of breast meat.
I made chicken noodle soup and pulled mine out before the noodles were added.
I manned up and put a bite of the bird in my mouth - I couldn't swallow it - I massaged my throat and finally it went down.
It was utterly delicious.  Moist, tender - very flavorful.  It made the nicest stock I'd ever seen.
Will I do this again?
I think so - I will raise Freedom Rangers next year - they are a hybrid - but they aren't as 'Frankenchicken' as the Cornish Cross.
Of course I then had the bright idea of fencing off the entire back two acres, getting two hundred Freedom Rangers and going into the free range, organic chicken farming business.
: -)
Wonder if the neighbors would mind 200 crowing roosters?
I just love my all or nothing personality.

Posted by Jayme Goffin, The Coop Keeper at 8:06 AM