All the News Worth Printing

For those of you that don't have a blog - you might not know how difficult it is to blog after a week of not blogging.
You lose your mojo, your rhythm.
It's a struggle.

I've had times this week that I thought I might never blog again.
Pfft.
As if.

Not sure where to begin - so I'll just start -

We are fine.
THANK you for all your emails and concern.
The tornadoes that have ravaged Indiana were far south of us.
Heartbreaking.

Despite having a little snow on the ground at the moment - I spotted a Robin on March 2nd, and it's set me in a tailspin of excitement.

It's really happening.
It's 6am and it's light enough to see outside.
My strawberries and daisies are making a foolish attempt at growing.
The chickens are cranking out eggs.
I've got deep hankerings of the Spring cleaning kind. 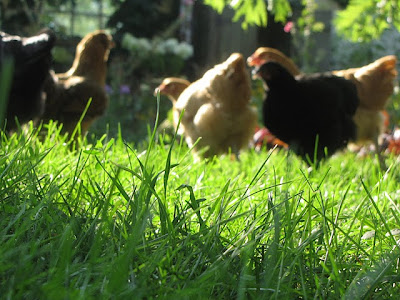 During a hot bath last night I perused a poultry catalog.
The FINAL decision has been made.
There will be meat birds raised.
There will be much drivel ahead about this subject.
Thoughts on the moral battle I'm having.
How I can blow dry and cuddle with one chicken, and kill and eat another.
I can't talk about it right now - or I shan't order my 'rainbow broiler pack'.
Oh dear God.
Help me.

My trip with Aaron to Chicago went off without a hitch - well, except for the Navigation on my phone took us to a VERY sketchy area in Chicago initially.
Home girl was a little scared.

Find the school we did, and it was beyond fantastic.
I want to go there now!
I told Aaron I'd need a career when I finally raised his rear end - and why not hair?
I told him I'd go to school with him, and then we'd open a salon.
Could you imagine?  The poor kid, never rid of me.

I thought I'd fill you in on our 'plan'.

Aaron was really struggling in high school.
There was talk by his guidance counselor of sending him to some 'alternative' school - which, I don't even know about that - but between his struggles, and his impending move to another county - where he'd have to switch schools yet again - the decision to homeschool again was made.

I was so torn initially because, hey - guess what?
Sometimes jobs are boring and you don't care about them, but ya gotta do them.
I thought perhaps he NEEDED to just suck it up and do it.
And then I thought about the years....alllllllll the years he'd struggled in school - like since Kindergarten.

I don't think a child CHOOSES in Kindergarten and 1st grade to struggle.
Medication was given in fourth grade - he did better in school, but was personality less, so he was taken off the medicine.
Better to have a personality and sub par grades if ya ask me.

Struggled again in 5th grade - was told he'd be placed in a 'transitional' Junior High situation where he wouldn't switch classes with all of his friends, but he'd have lunch with them.
Screw that.
Homeschooled.
He flourished.

He wanted to see what 'real highschool' was like, and you all, if you've been reading my blog for anytime, know that it was pretty hard on me.
I have to say - after the initial shock - I really settled in to quite a nice little routine around here and loved my time alone here at the house.

All good things must come to an end.
:-)

He loved the social aspect of high school - but his grades, well - I quit looking at his grades last year.
Bless his heart.
He went on Vyvanse last fall and there was some initial improvement.
He didn't sleep, barely ate, and was 'temperamental'.
To me?  Not worth it.

The child lives here Monday - Thursday now, and we homeschool from 9am to 3:30pm.
It's taking me time to adjust.
I have to say, I'm loving him here.

Our plan is to get Aaron his GED as soon as possible.
That was hard for me to type.
You know why?
I know there are MANY of you out there that will frown upon that decision - and even though I know in the deepest recesses of my heart that it's the best thing for him - and everyone that truly knows Aaron agrees -
I'm still sensitive about it.
GED has a negative connotation.

Aaron is 16.2 years old.
He can enroll in the Paul Mitchell school when he's 17.
That's the plan.
Get the GED, get into college, and get on with life.

Given his history of struggling with school - I also worried about him possibly struggling in college.  I mean - what was going to be different about that?

My fears were put to rest - when after looking at the Rules of the Road book for about 45 minutes - he walked into the license branch and passed his Learner Permit test. 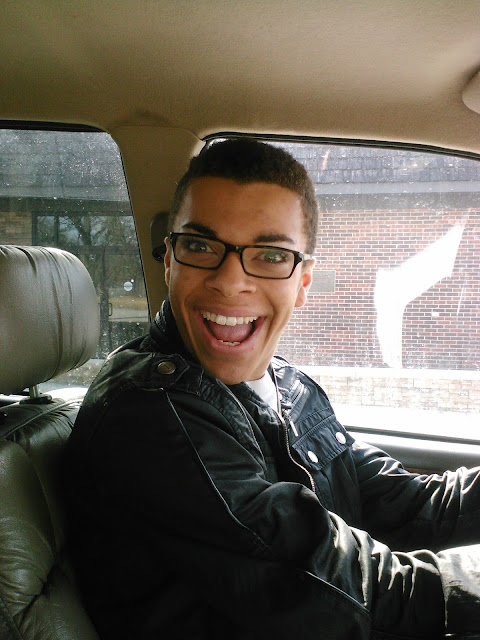 He's driving.
Me.
Around.

He also has some cosmetology books that he's been given by people in the industry, and he devours them, and retains every. thing.

I love it.
I love his passion and his drive for it.

I look forward to a future of a well coiffed do whilst I cry over butchered birds.

Posted by Jayme Goffin, The Coop Keeper at 7:09 AM

Email ThisBlogThis!Share to TwitterShare to FacebookShare to Pinterest
Labels: Confessions and Musings, That Boy Aaron