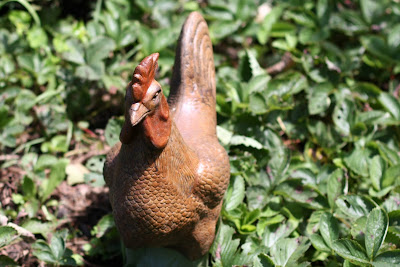 Jeezo Pete, would it ever be fun to pretend that I'm Jaymsy... 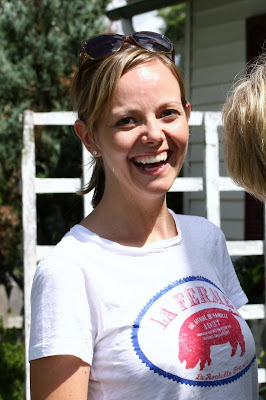 Alas - it's just little ol' me.
Mere hours before jaunting off to get her Squirrel on, she made a real boneheaded decision and handed me the keys to this here coop.

So what did I do? 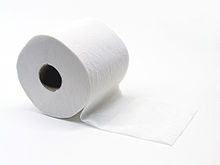 I trashed the place.
I had no choice, really. I went with toilet paper and that squirty foam stuff. I thought about eggs, but I didn't think she'd get it. She'd assume the girls had a kegger and they'd all be grounded and they'd lose their cellphone privileges and she would make them spend the day inside, being schooled alongside Aaron. I couldn't do that to them. Or to Aaron. 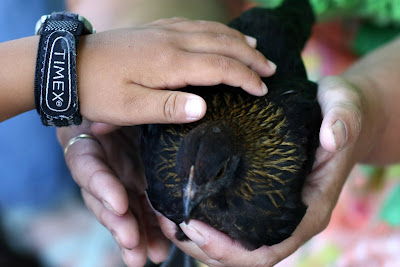 But hey, while I've got you by the ear, let me tell you a story. 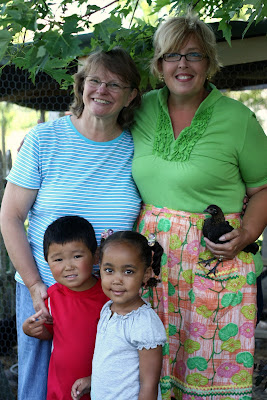 You may not have heard, but I got to spend the afternoon with The Lady Herself just a couple short weeks ago, along with my Mama and two of my Littles, Calvin and Ruby.

Everything she's ever told you about her homestead? She's downplaying it, ya'lls. She's got a case of the humbles. It blew me away. She blew me away. 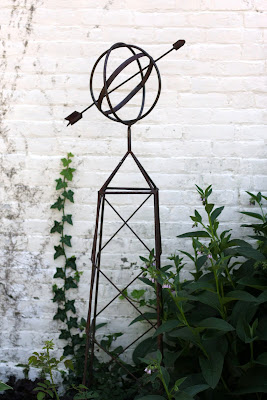 Her gardens were breathtaking and I know she very nearly weeded herself into an early grave getting ready for that Garden show, but what I saw was beauty that appeared to be effortless. Nothing hoity-toity about it. For me, it was just what I would have pictured if I closed my eyes and dreamed up a country garden. It was perfection. 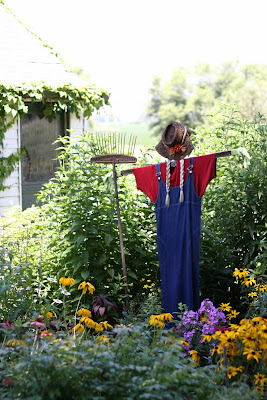 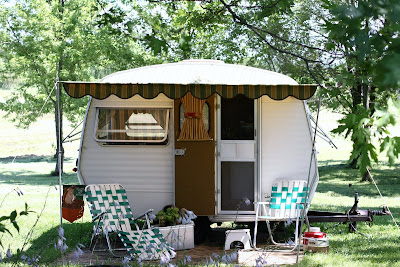 (Oh man, I can feel her blushing all the way from here! She's gonna be spitting mad that I spent my airtime bragging her up...but I haven't even gotten started.) 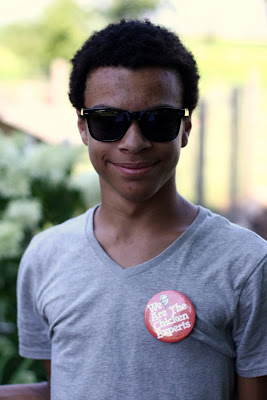 Her family?
Well, they were full of goodness and fun. (It's true - Glenco is real!) 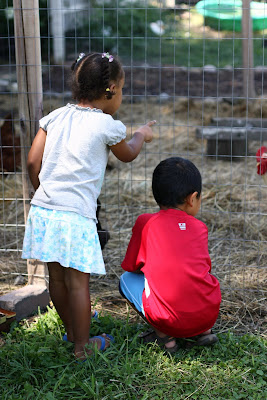 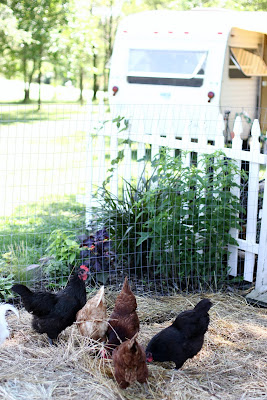 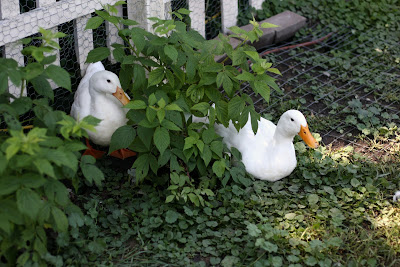 Her feathered friends?
They were so pretty as to look like little chicken and duck statues. 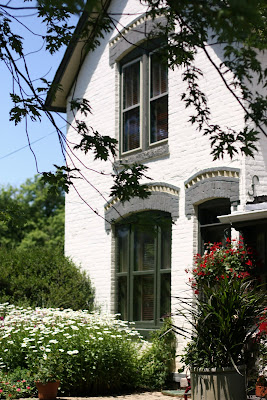 Along with a tour of the grounds, we also toured the castle. It was swoonerific. I wanted to hop up on that bed of hers and sleep a spell. Here's something you might not know about me -one of the highest compliments I can give someone regarding their home is the truthful tidbit that it inspires me to sleep. So cozy. So very, very cozy.

It's true that I made her cross her heart and stick a needle in her eye that she wouldn't make us lunch. It pained her, I could tell. And let's be honest, she baked fresh loaves of oatmeal honey bread for my mom and I, fixed us up some sun-tea and baked us a Saturday Farmgirl cake for dessert. Around here, that's called that passive aggressive defiance. She outta be spanked. 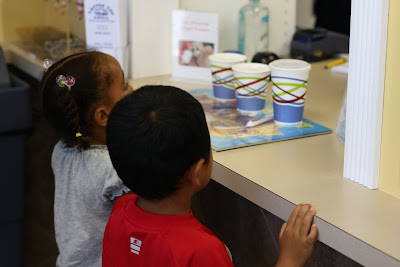 Oh yes, we went down the road to Tastee Top for lunch.
There's something potentially unnerving about meeting a blog friend for the first time. It made my pits clammy and my mouth dry, during the days leading up to the Big Event. Just the thought of it all would drive me into the kitchen for a bowl of anxiety-quelling Honeycomb. But the moment we pulled in and she very nearly yanked me out through the window of my car, I knew - it was all good.

We never lacked for conversation. Case in point? After our cheeseburger 'n fries out on the picnic table, headed back to the cars, Calvin said, "Um...I think someone left their vehicle on."

I froze. She froze. Oh lawd, let it not have been me!

Whew. It was her. That is correct, she hopped out of her wheels so lightening fast at the Tastee Top that she forgot to turn off the ignition. Homegirl left her car running for the entire hour or so that we lunched. That's one for the record books, folks. It's one I will never let her forget. 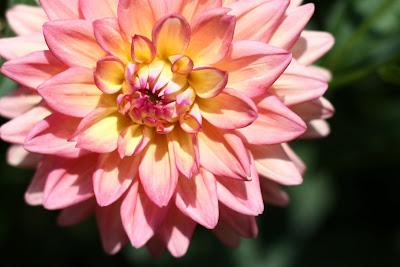 For those of you who have made it to the end of this diatribe, I'll tell you what you already know. Jayme is a treasure. She is a gift. She is as genuine as the day is long. As sweet as the topping on the cake. She will have you up in stitches and you'll not be loosed until she sees fit, which may be a while. 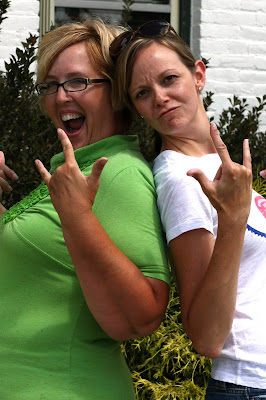 Oh, and she'll probably make you throw some gang signs. It's ok if you don't know any - she tutors for free. 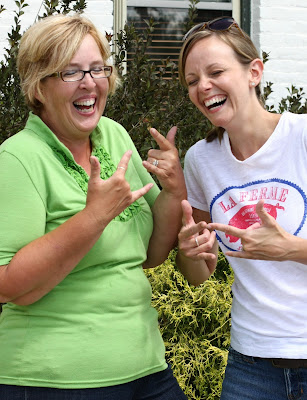 Posted by Jayme Goffin, The Coop Keeper at 6:58 PM